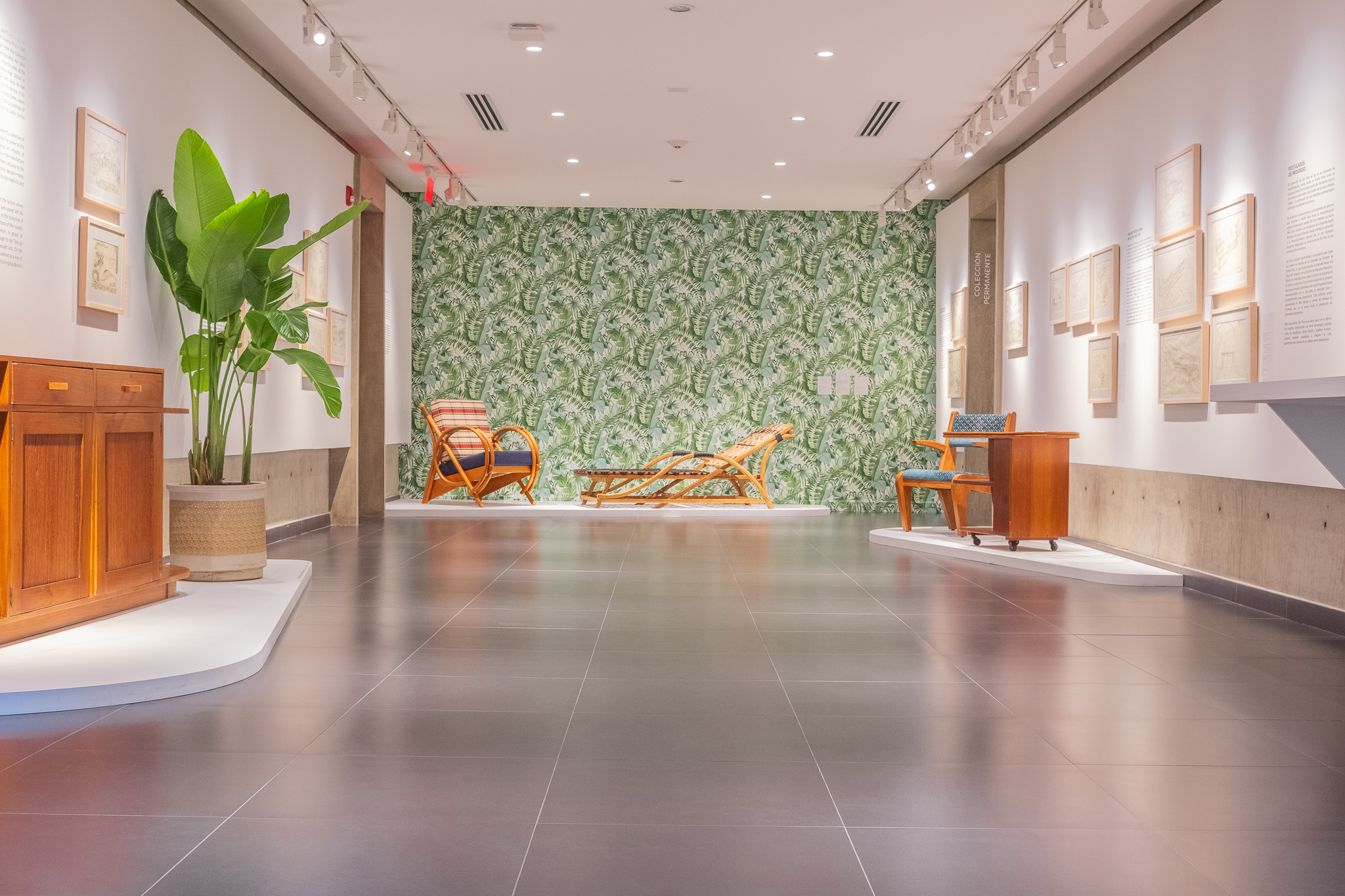 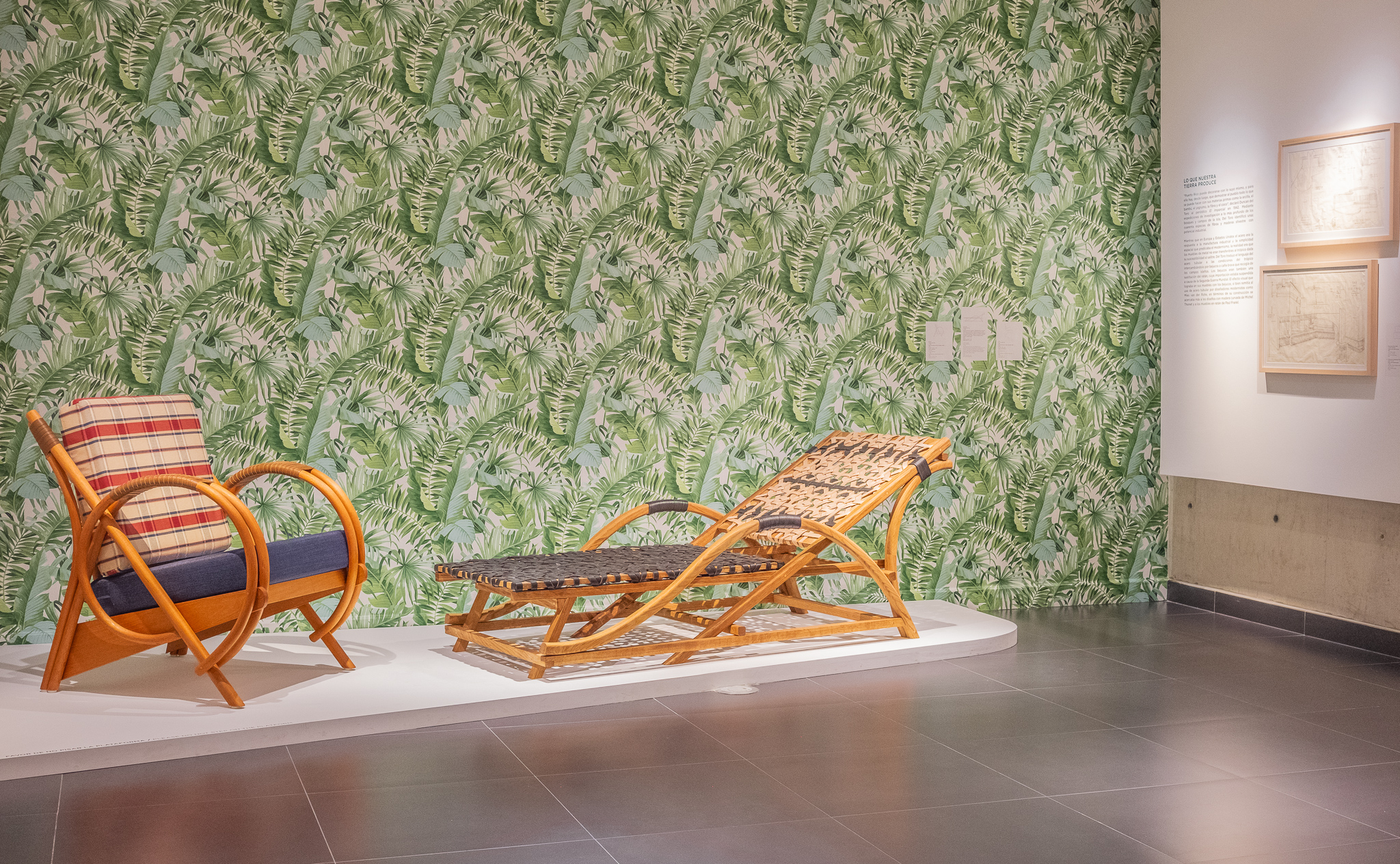 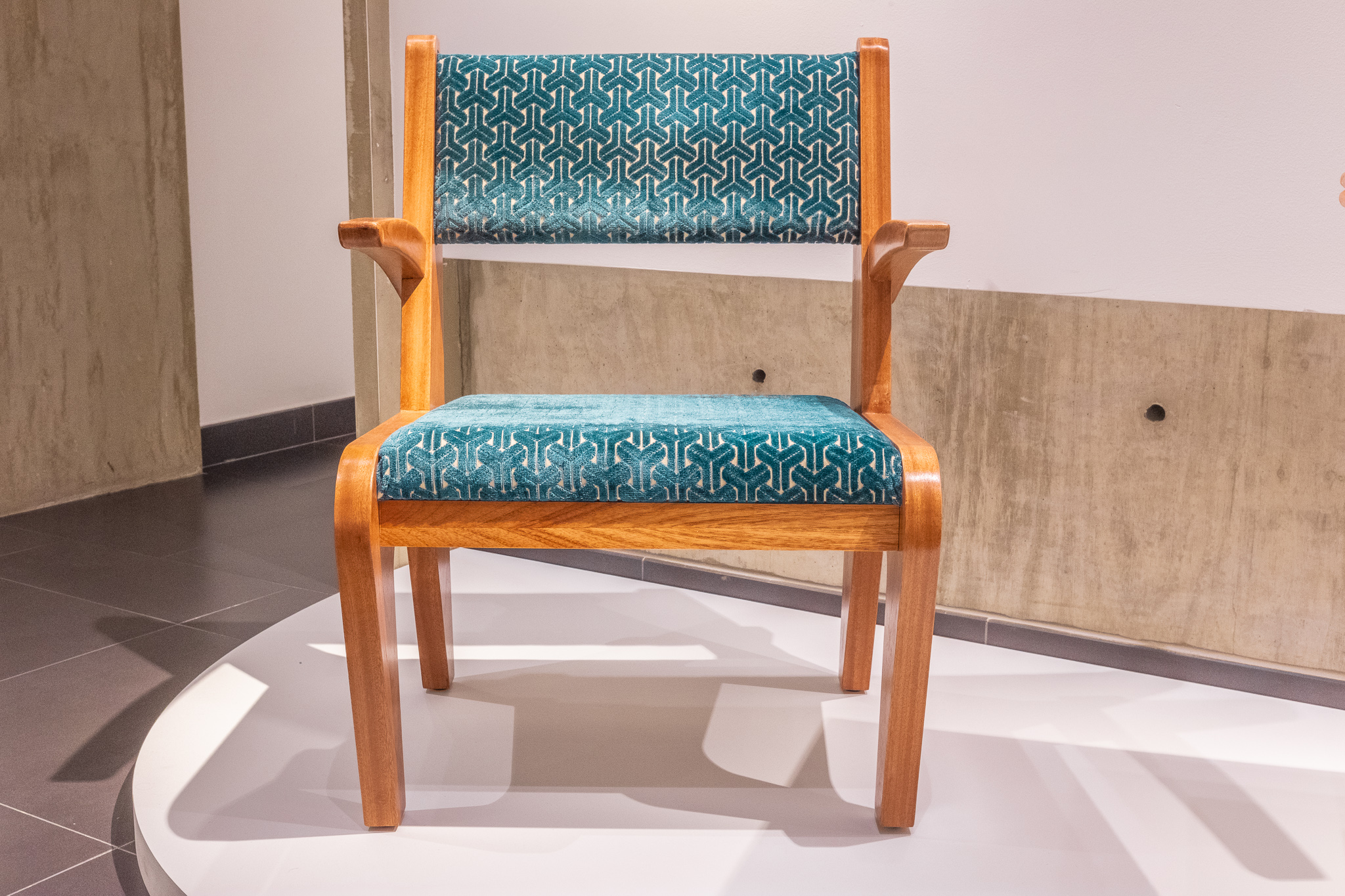 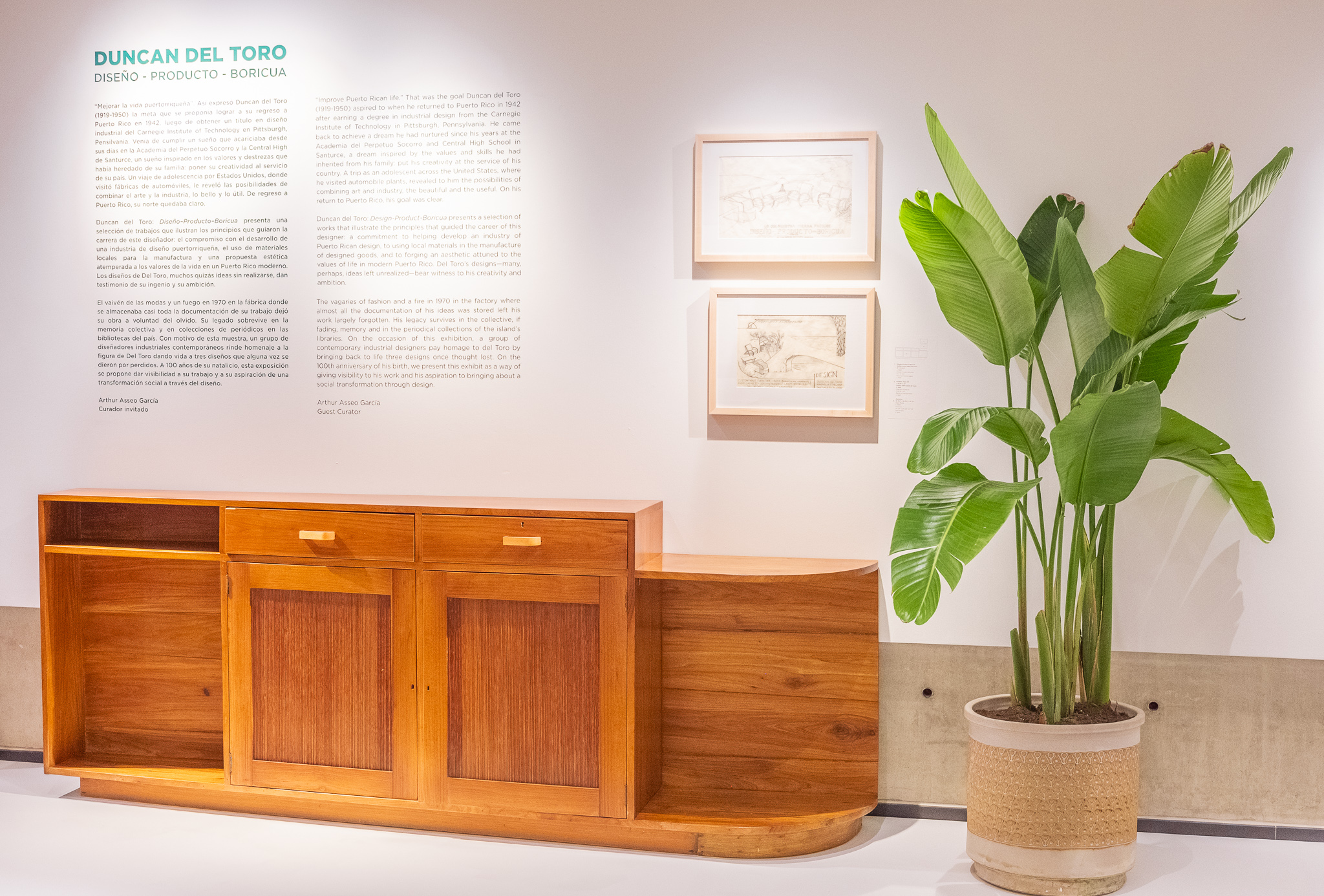 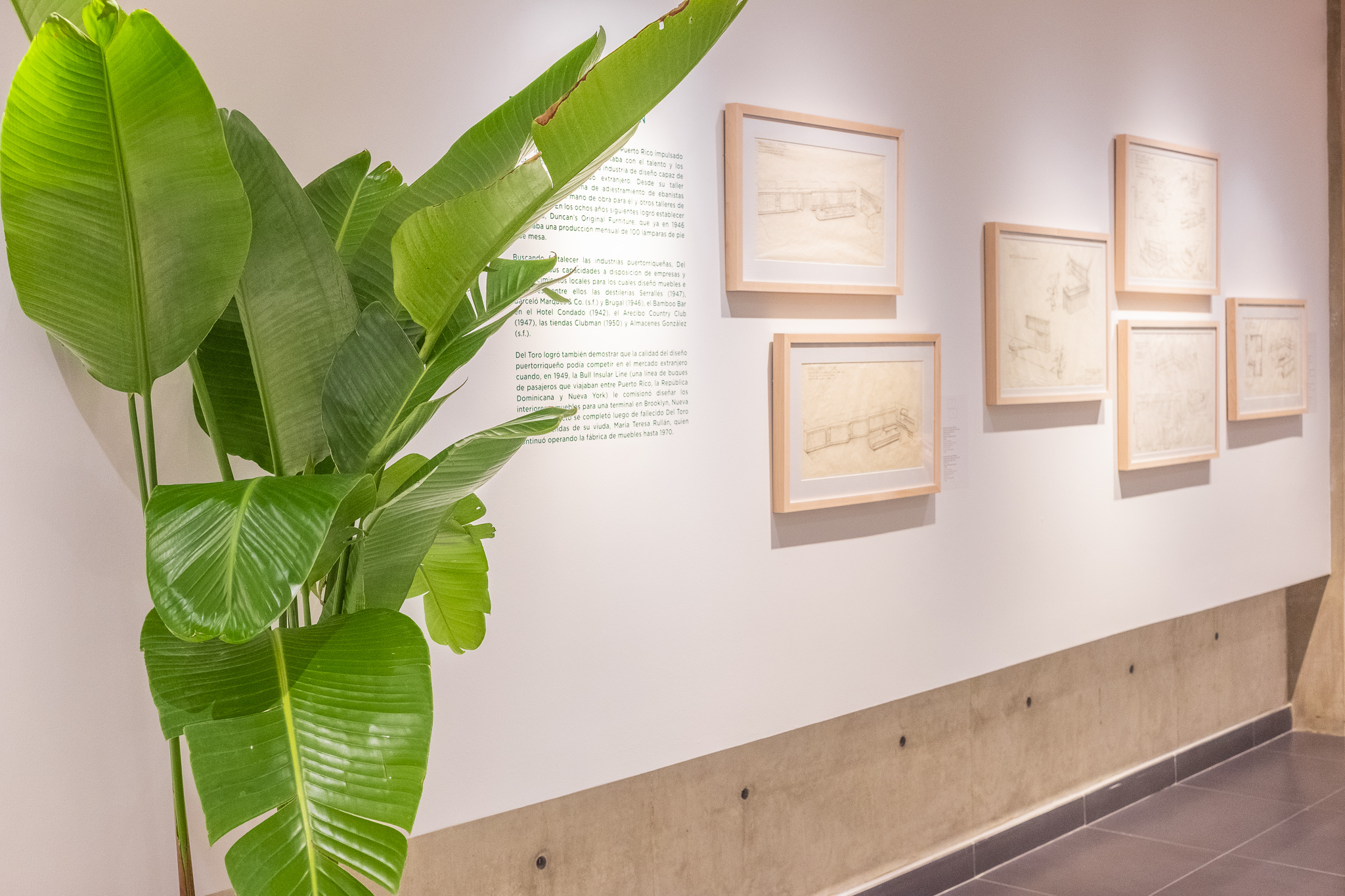 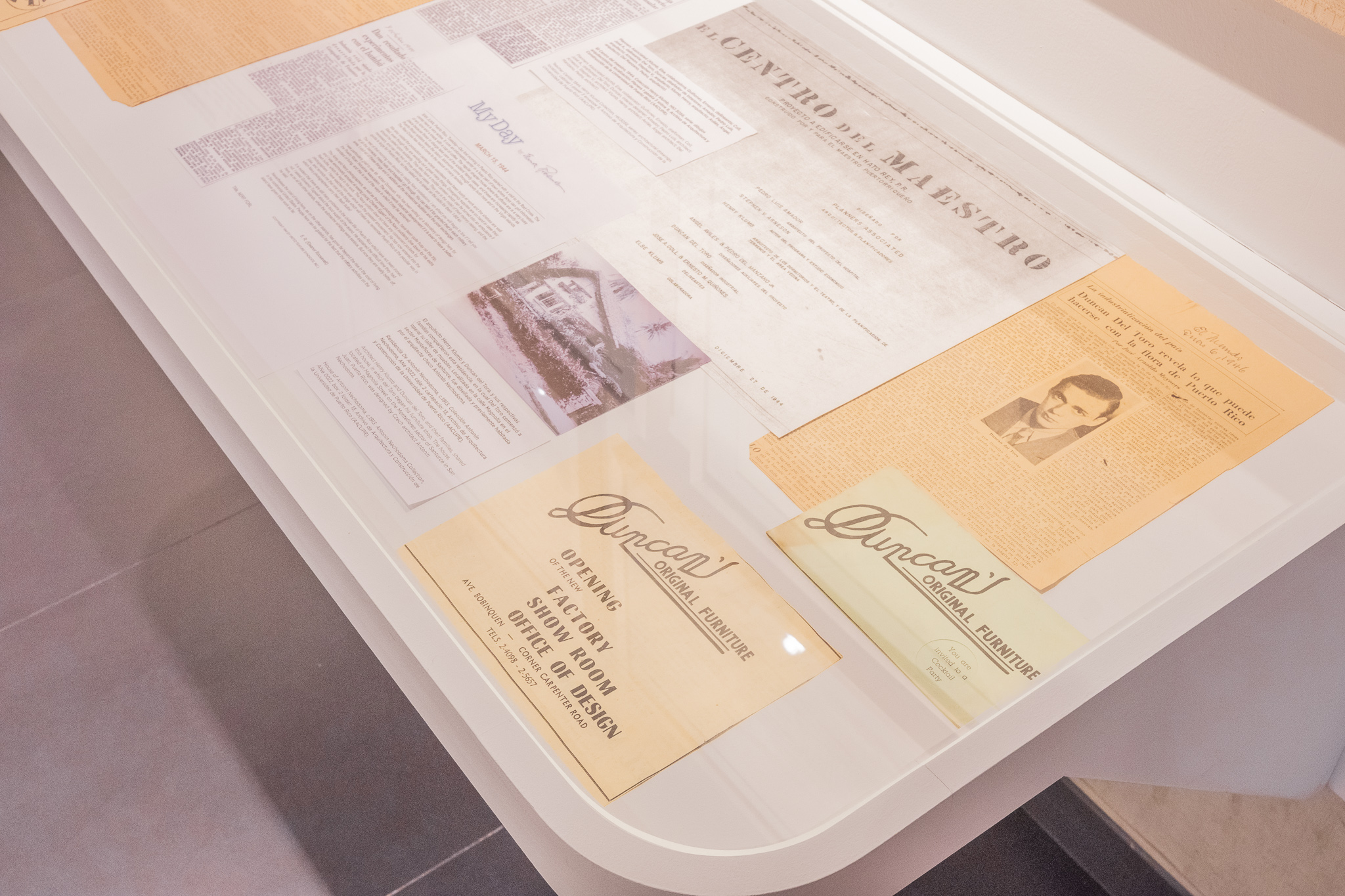 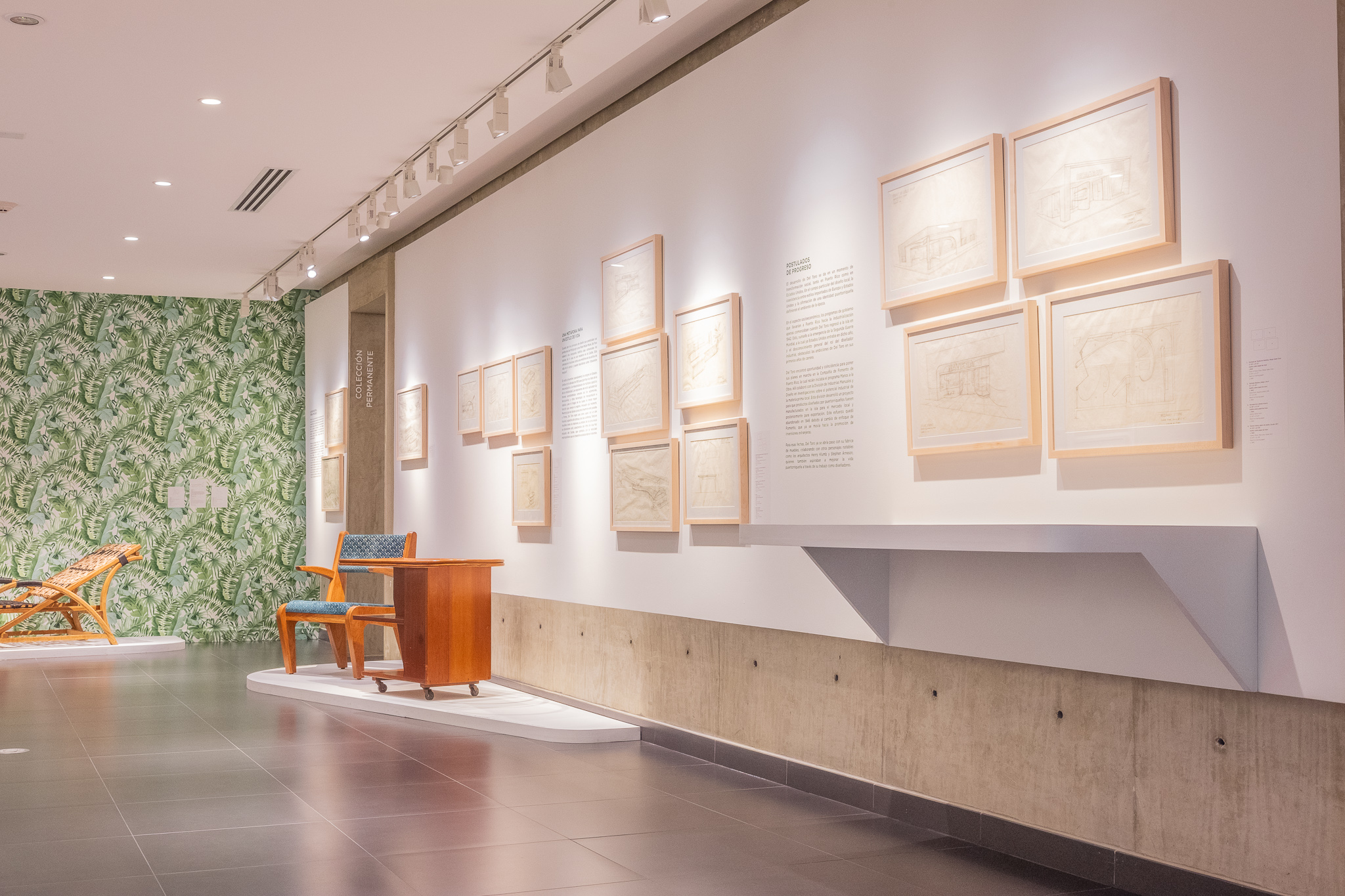 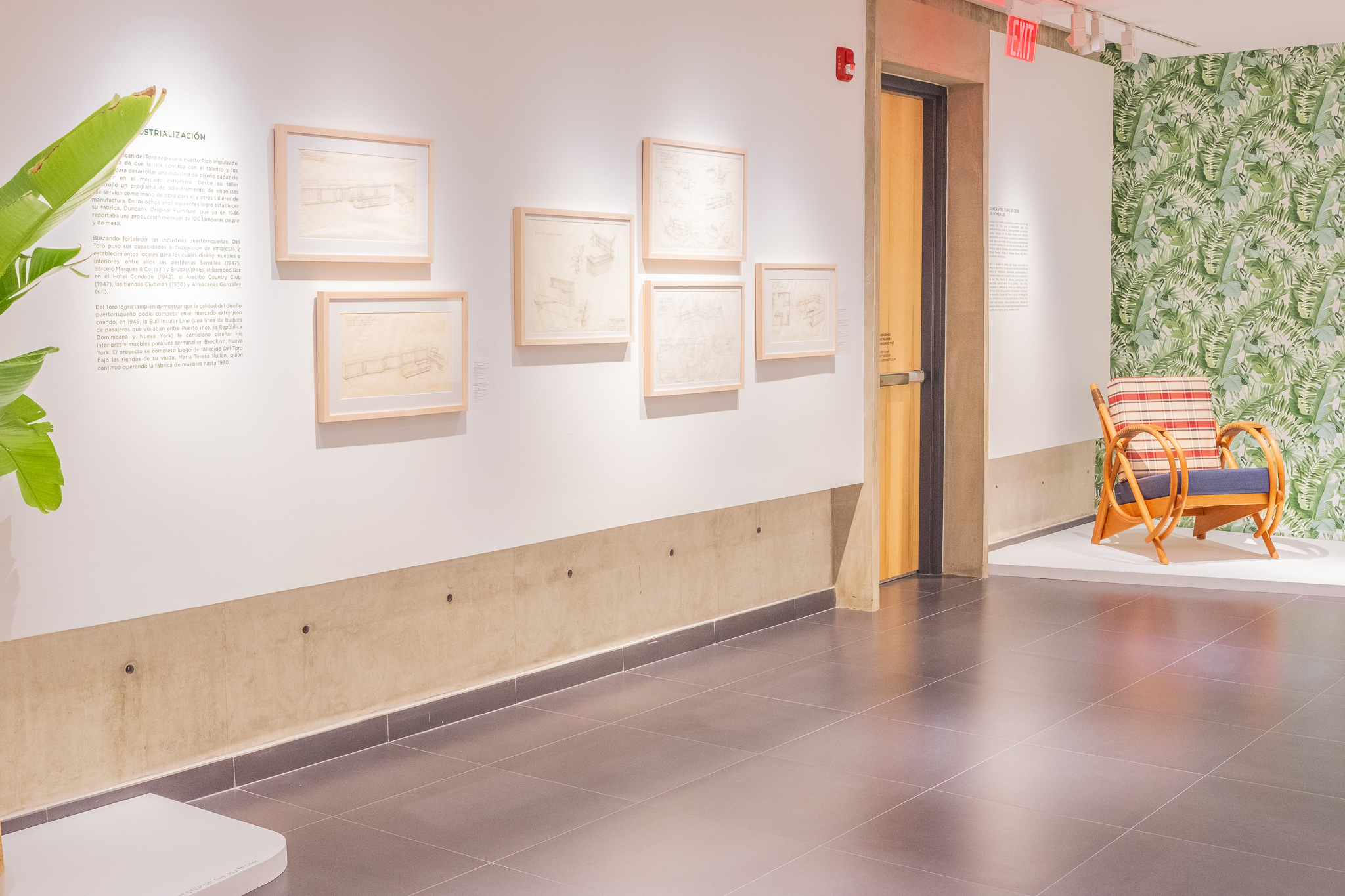 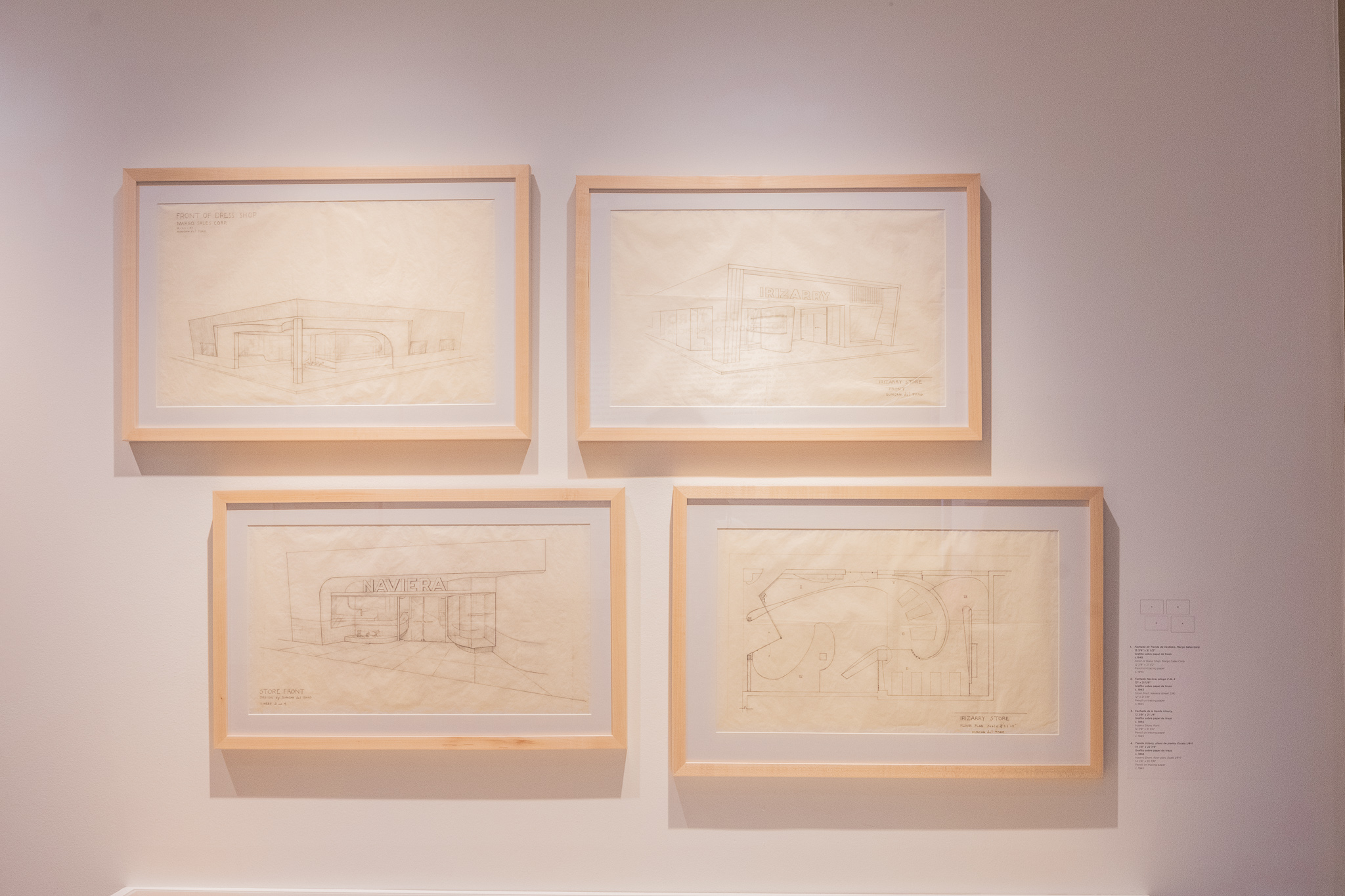 “Improve Puerto Rican life.” That was the goal Duncan del Toro (1919-1950) aspired to when he returned to Puerto Rico in 1942 after earning a degree in industrial design from the Carnegie Institute of Technology in Pittsburgh, Pennsylvania. He came back to achieve a dream he had nurtured since his years at the Academia del Perpetuo Socorro and Central High School in Santurce, a dream inspired by the values and skills he had inherited from his family: to put his creativity at the service of his country. A trip as an adolescent across the United States, where he visited automobile plants, revealed to him the possibilities of combining art and industry, the beautiful and the useful. On his return to Puerto Rico, his goal was clear.

Duncan del Toro: Design-Product-Boricua presents a selection of works illustrating the principles that guided the career of this designer: a commitment to helping develop an industry of Puerto Rican design, to using local materials in the manufacture of designed goods, and to forging an aesthetic attuned to the values of life in modern Puerto Rico. Del Toro’s designs—many, perhaps, ideas left unrealized—bear witness to his creativity and ambition.

The vagaries of fashion and a fire in 1970 in the factory where almost all the documentation of his ideas was stored left his work largely forgotten. His legacy survives in the collective, if fading, memory and in the periodicals collections of the island’s libraries. On the occasion of this exhibition, a group of contemporary industrial designers pay homage to del Toro by bringing back to life three designs once thought lost. On the 100th anniversary of his birth, we present this exhibit as a way of giving visibility to his work and his aspiration to bringing about a social transformation through design.