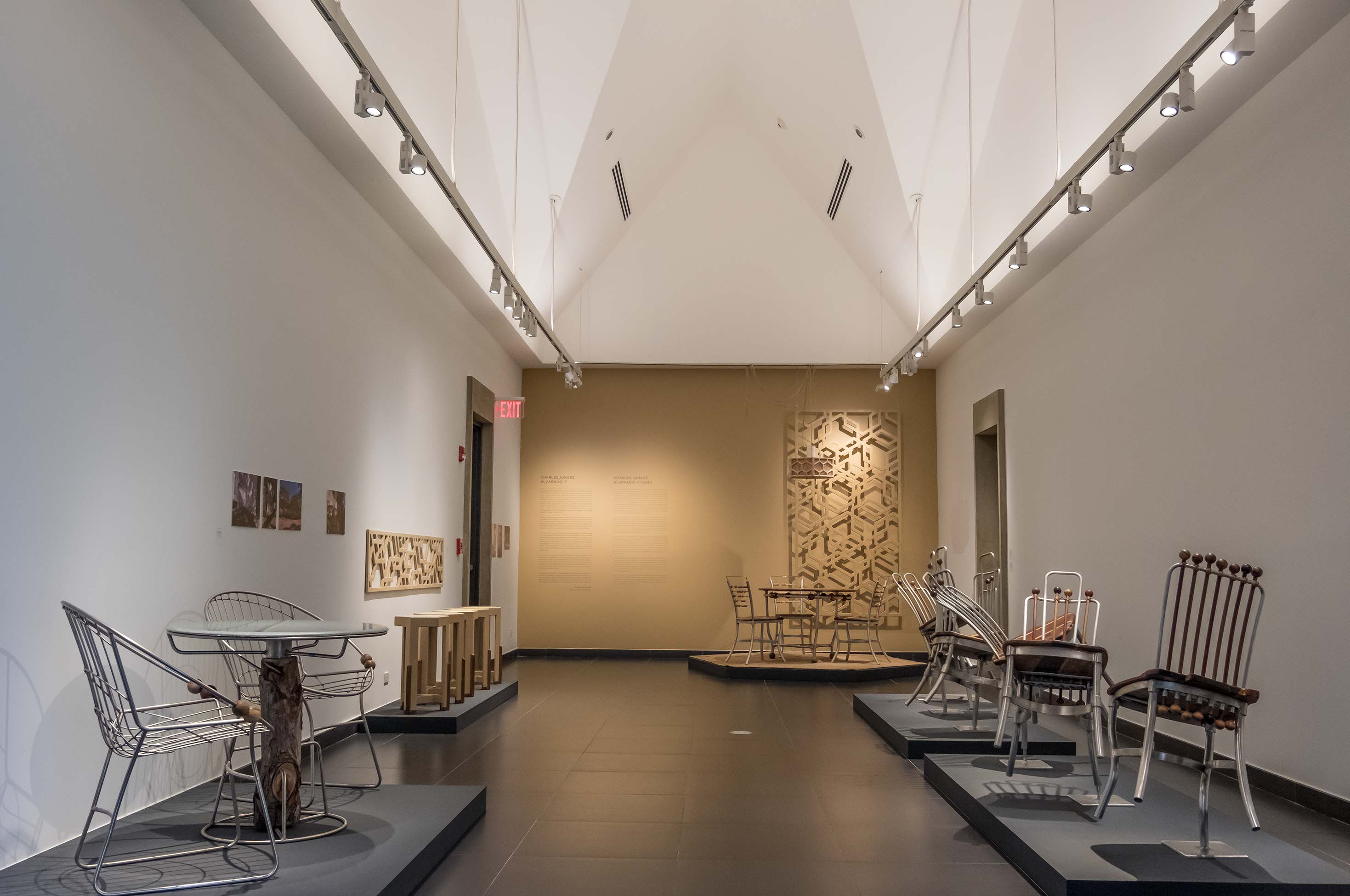 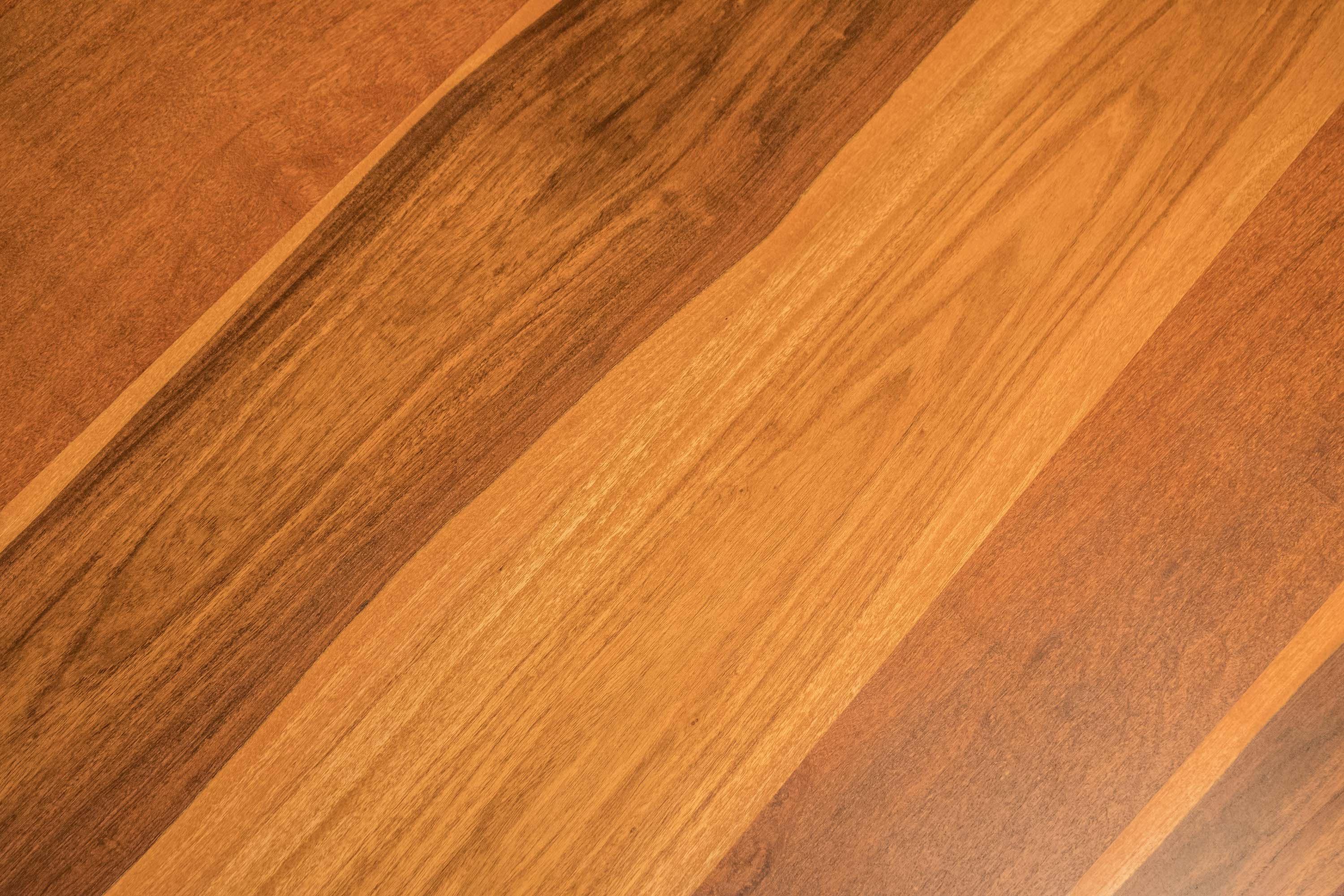 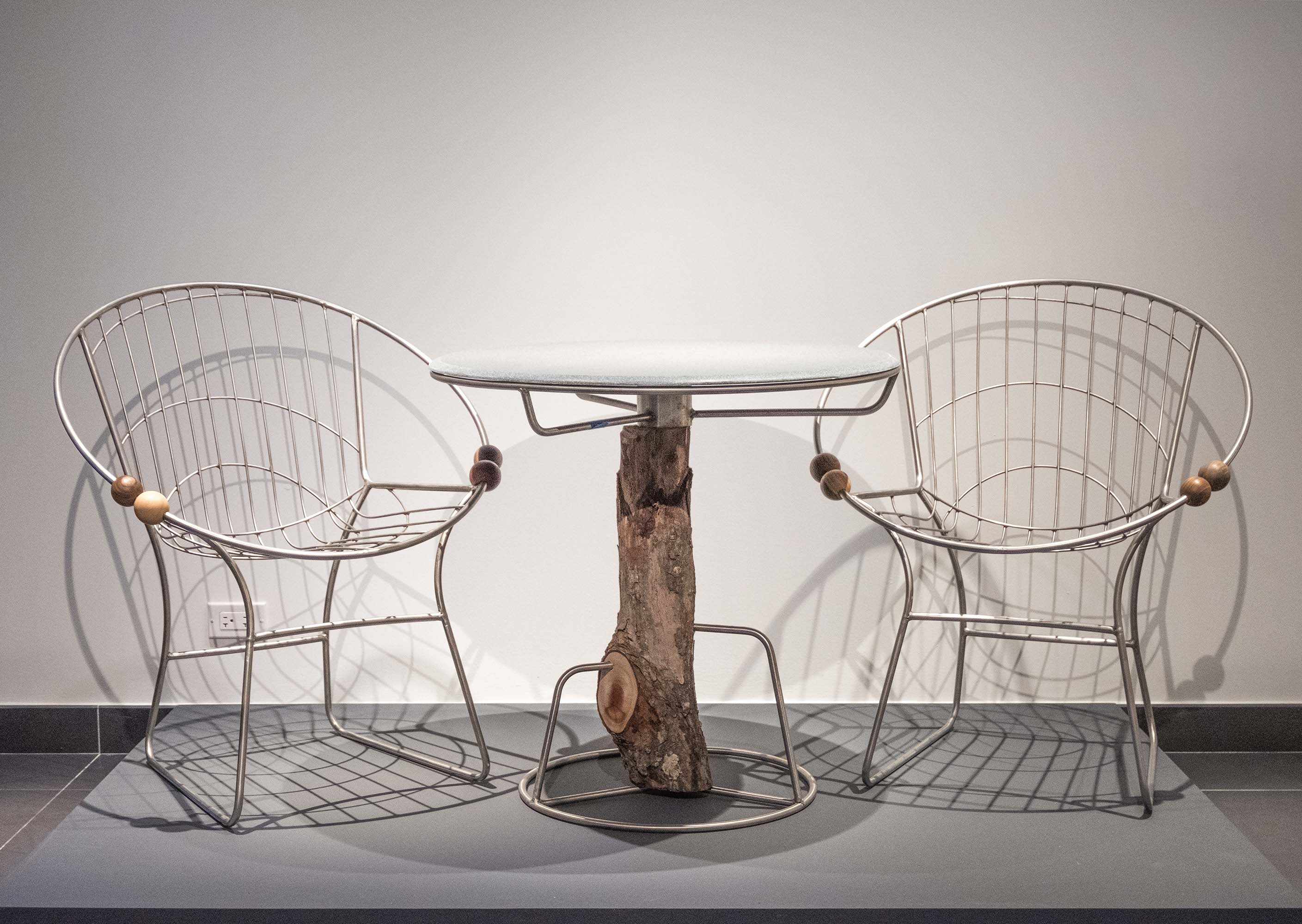 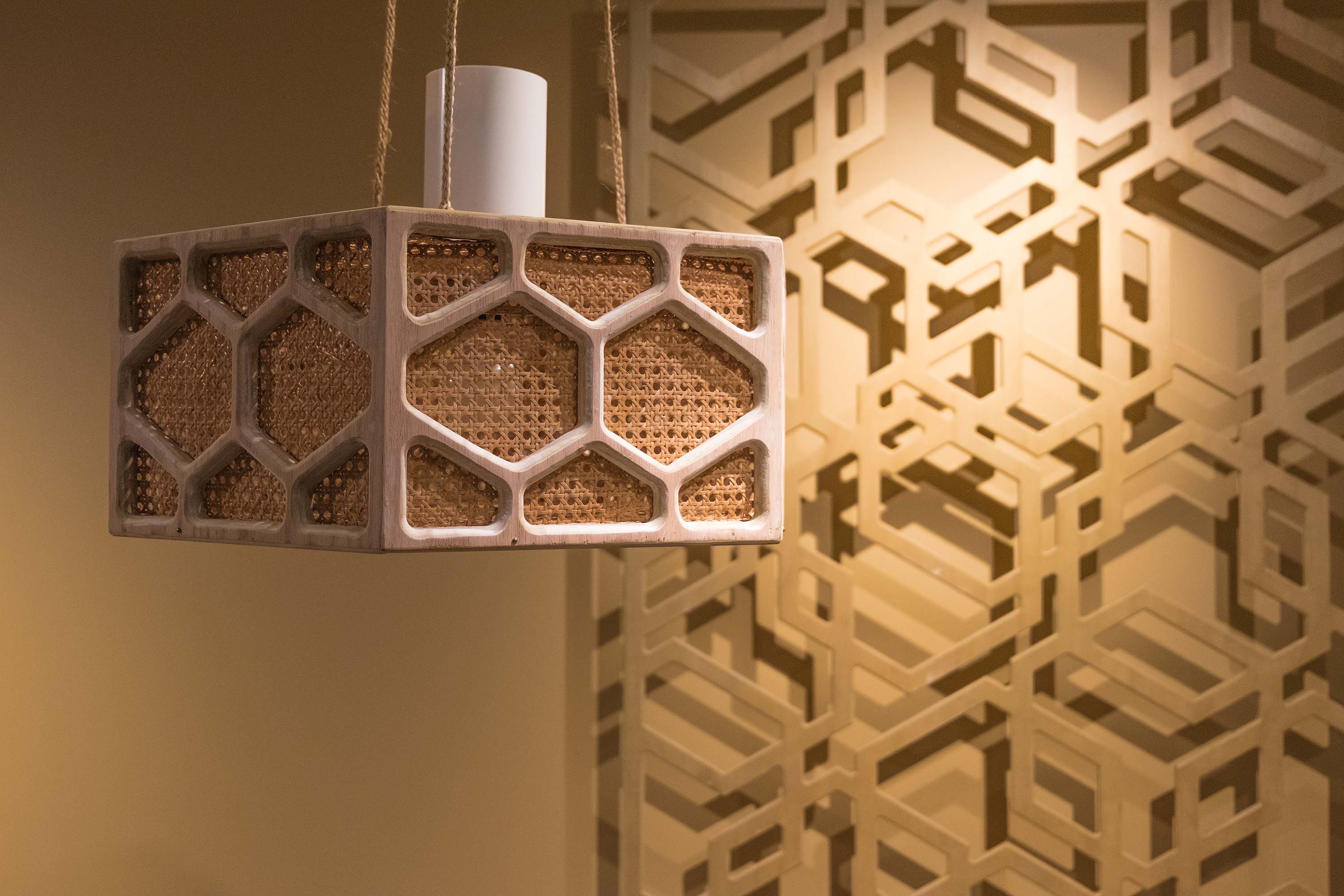 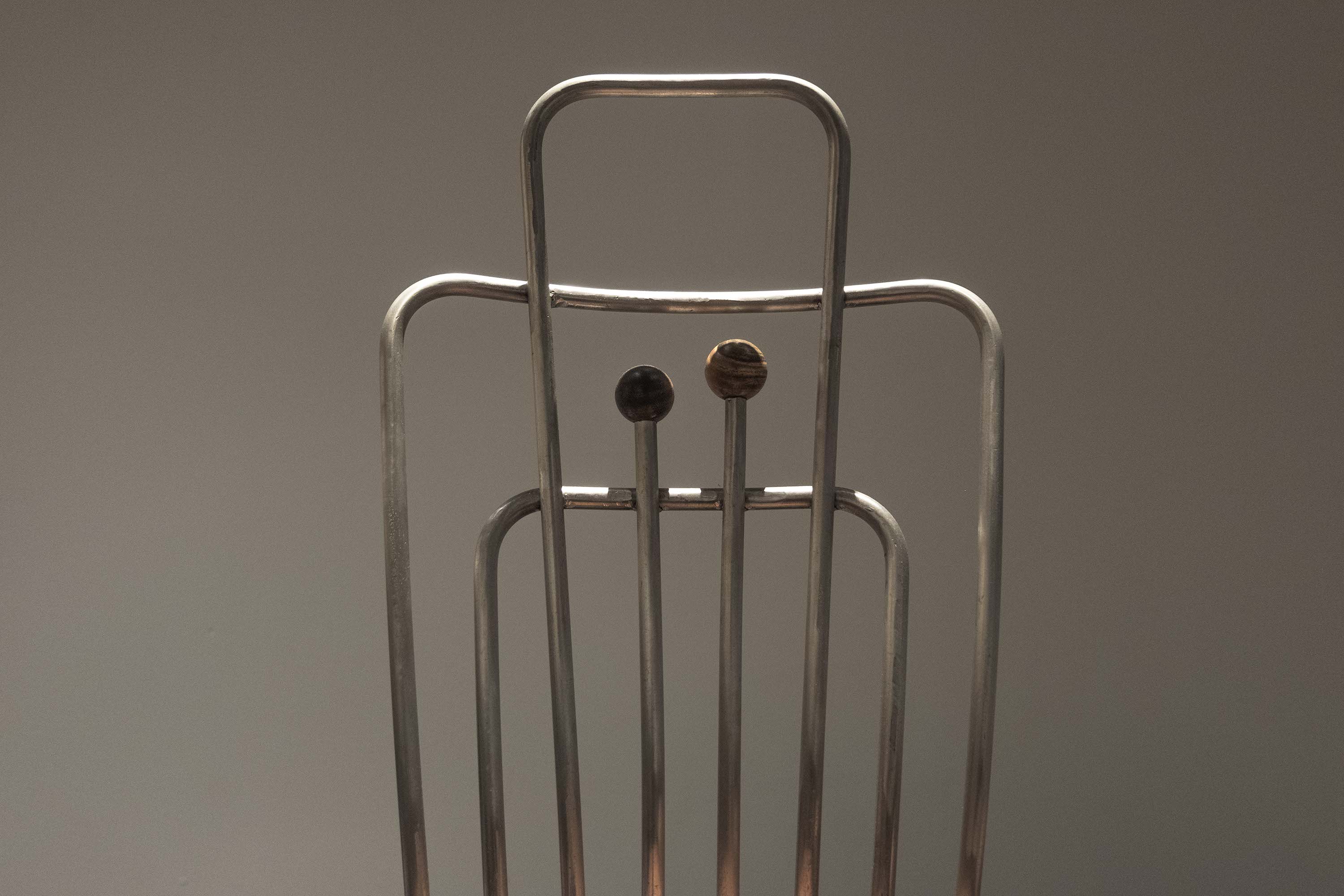 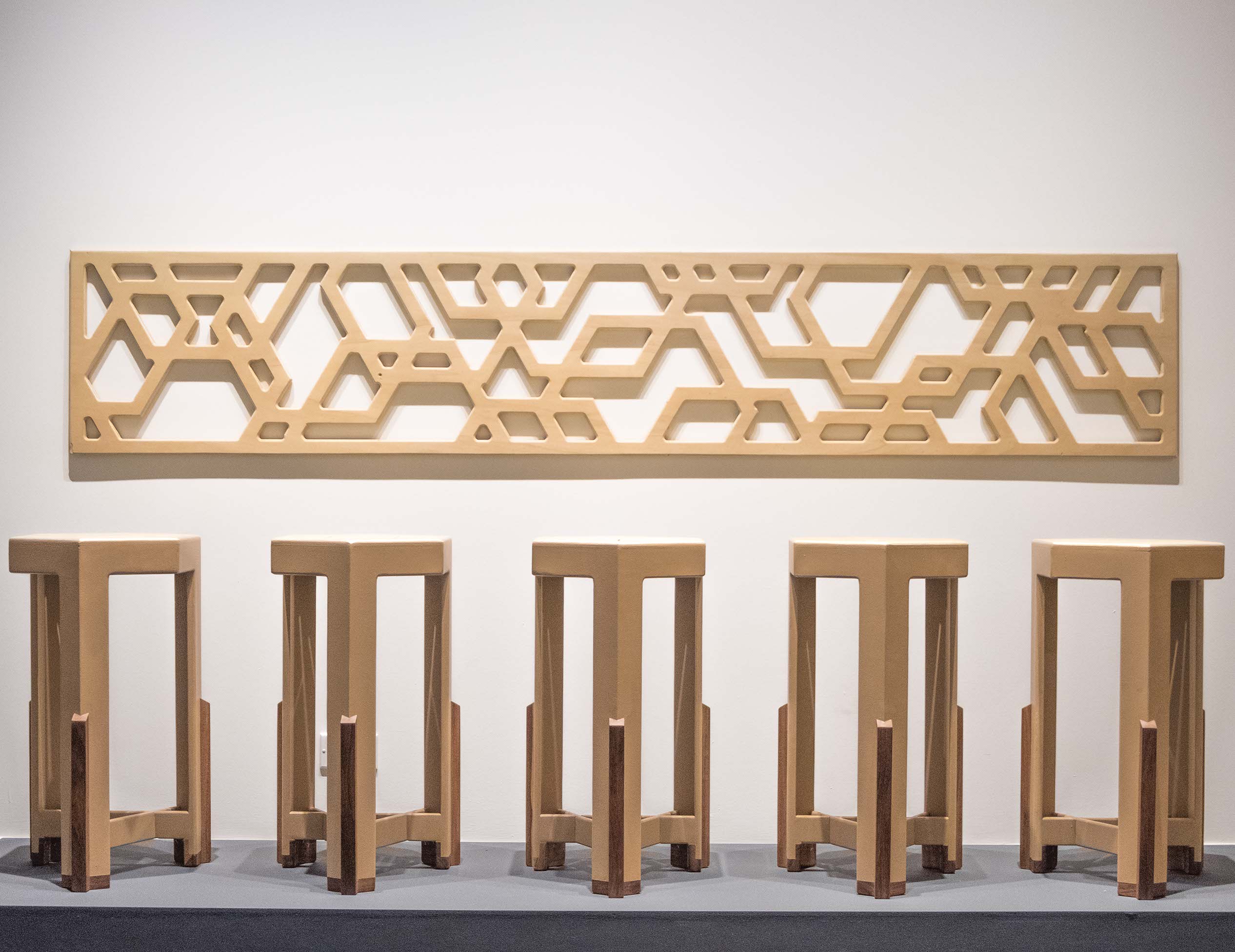 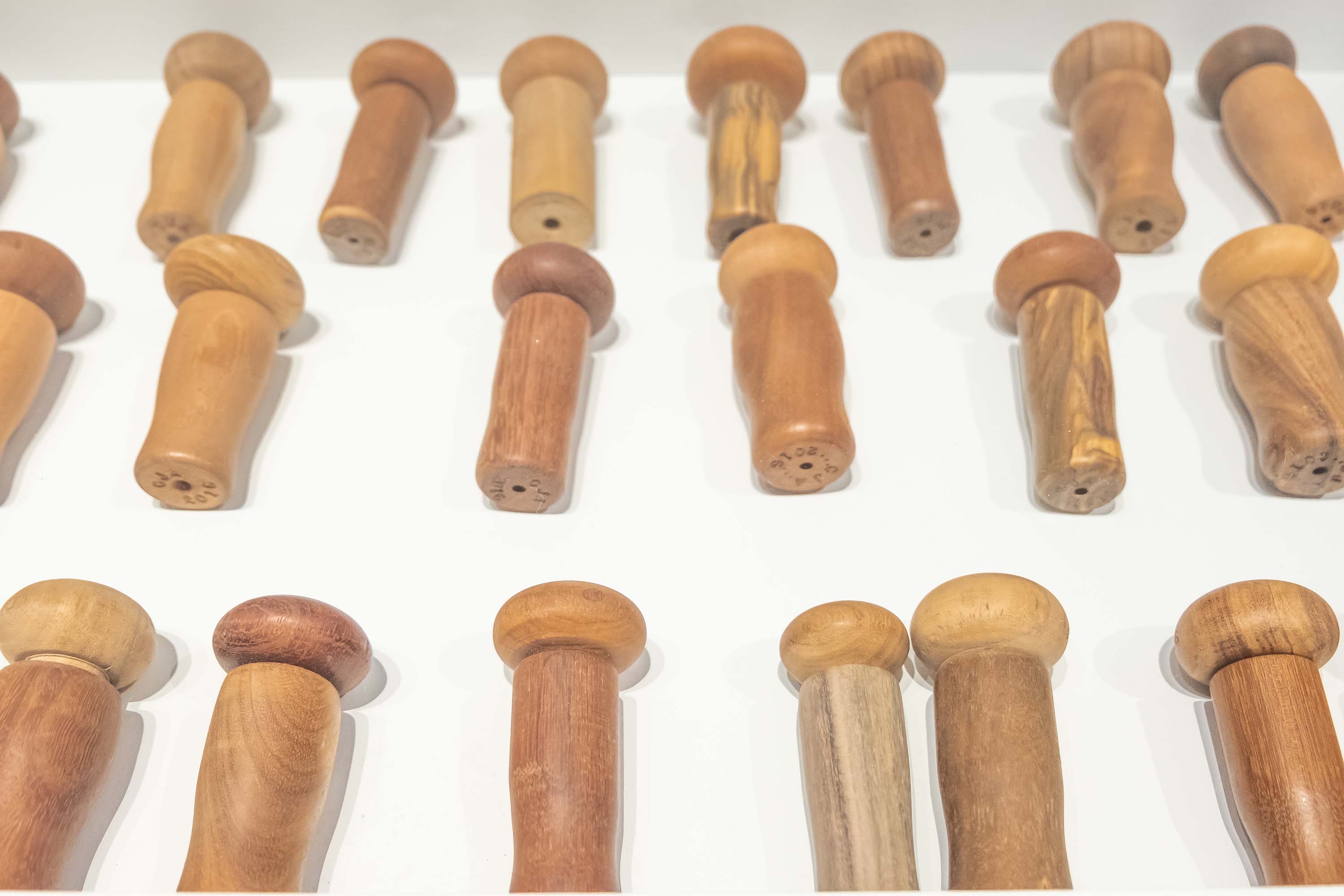 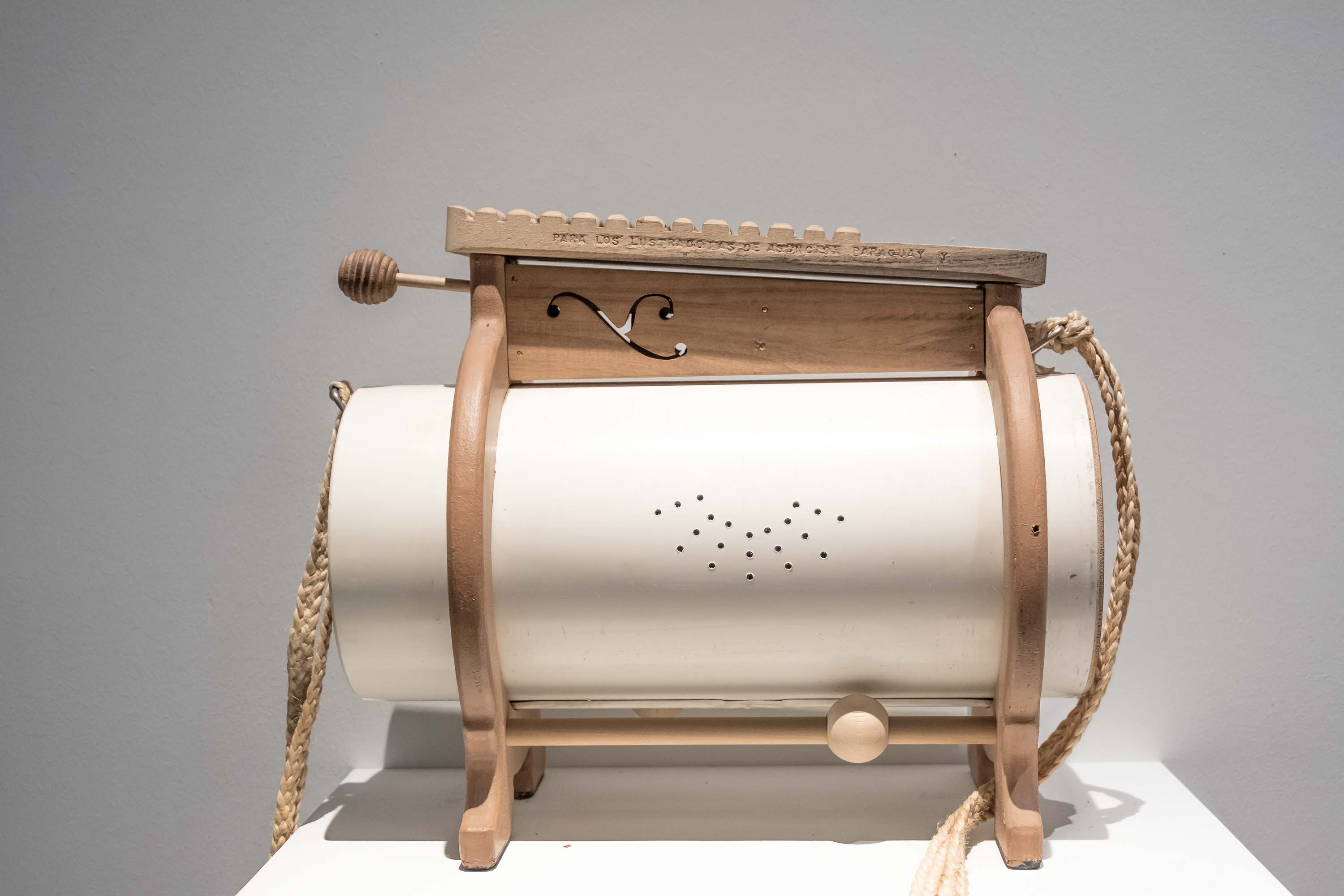 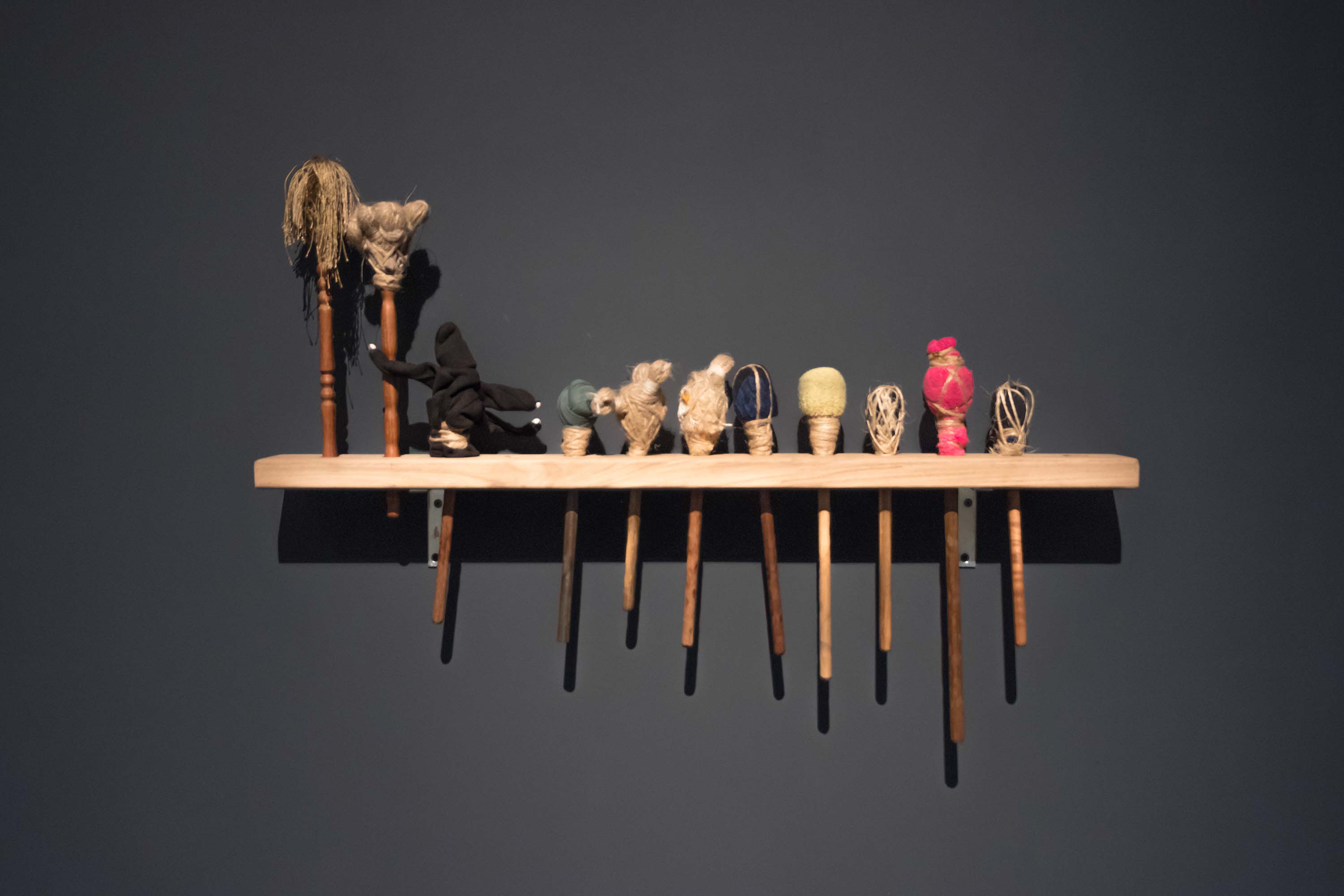 Highlighting the symbiotic relationship between art and design is one of the goals pursued by the Museum of Art and Design-Miramar since its conception, and a theme that we have endeavored to manifest in our inaugural exhibitions. Y (and) by Charles Juhász is a remarkable example of that relationship.

We have titled the exhibition Y (and) because that word (y in Spanish means, of course, “and”), like Juhász, is a connector between stories, ideas, and disciplines; and because the ancient Greeks associated it with Pythagoras, who believed in the expressive power of mathematics and the universal music that penetrates the spheres and our lives—a music that Juhász integrates into his projects; and because, like Juhász, that word questions everything, always asking And now, what? It is that obsessive intellectual and physical questioning that leads Juhász to create with steely dedication and an impressively scrupulous technique that reminds us of nothing so much as the utopian and all-encompassing ideas of the Bauhaus.

Given its function as a conjunction, a bridge between ideas, and its allusion to the man who preached the mathematical essence of harmony and the importance of symmetry in the creative process, Y seems the most apt title for expressing Juhász’s commitment to art as the ideal medium for connection and communication. He has been led to an exploration of the musical cadences of language and of sound as a communicative tool for the language of mathematics—sounds present in the shoeshine boxes, the scores built into the backs of his chairs, and even into some fascinating whistles made out of native woods.

Juhász is known for the extraordinary technical proficiency he brings to his wood- and metalworking. This skill makes his works, whether sculptural or utilitarian, exceptional in the current art world. He has distinguished himself mainly in his large-scale sculptural pieces with their complex construction and painstaking facture, each one conceived as part of a general narrative that often links to others of the artist’s projects. On this occasion, we present works that display technical mastery and are related to other projects by Juhász, but that are noteworthy especially for their utilitarian functions.

Without ignoring those thematic and self-referential elements, we present three series of sculptural furniture pieces that Juhász has designed and personally built, and that are tied to other projects of his, such as La Casa de los Contrafuertes (The House of Buttresses) and his international project The Shoeshine Boy. With the exception of the Lilu chairs, the furniture was created to furnish his interdisciplinary project La Casa de los Contrafuertes, which arose out of a large installation and has since become a space for exhibitions and cultural presentations that is unique on the local scene.

Sounds and harmonies, the parameters and symmetries of mathematics, purity of design, and his works’ capacity for transformation have brought Juhász recognition in international art circles. With regard for that capacity for transformation, Juhász delights in and insists on a constant metaphorical play between the appearance of objects and their hidden functions, creating chairs that can be turned into cribs, tables that are also abacuses, shoeshine boxes that are percussion instruments, and bridges that, in addition to connecting two points, create melodies.

For Juhász, design is at the root of everything—it is the idea, the concept, and the planning. The results are convincing objects with their own types, classifications, and definitions. Unfortunately, the ubiquity of the word “design” dilutes the importance of that activity as an ordering system and a branch of aesthetics. Design functions as a basis for expertise in craft and artistic production; it is the platform used by Juhász for forging stories in wood and metal.

More than a plastic artist or designer, Charles Juhász-Alvarado is a storyteller, a kind of three-dimensional writer. His works, which always stem from an extremely well-developed concept, physically transform themselves into complex and impeccable presentations whose inventiveness leads the viewer not just to appreciation and curiosity, but, better yet, to participation